Home » About Us » Our Attorneys » Leonard J. Frankel

Leonard J. Frankel is a partner at Frankel, Rubin, Klein, Payne & Pudlowski, P.C. A 1965 graduate of Washington University Law School, Lenny’s practice which was formerly a trial practice is now focused on alternative dispute resolution – mediation and arbitration of State, Federal, Family and Presuit Matters; collaborative law; and serving as a parent coordinator. Lenny has tried many jury and bench trials in both state and federal courts and briefed and argued many cases in the appellate courts. He has also served as a special master in both federal and state cases.

In 1994, Lenny received training in mediation sponsored by the federal court and has been mediating cases ever since. Lenny has had additional training through USA&M and the Association of Attorney Mediators. Lenny was an adjunct professor teaching mediation at Washington University School for more than ten years. Lenny also serves on the Advisory Committee of the U.S. District Court on mediation.

Lenny received his undergraduate degree from Southern Illinois University and the University of Illinois and his juris doctorate from Washington University School of Law. 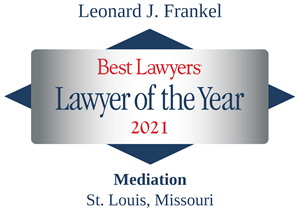 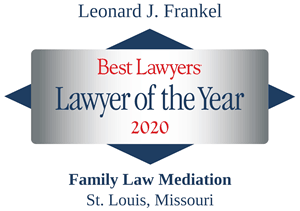